Seldes, Ayckbourn to get lifetime Tonys

Posted on April 23, 2010 | Comments Off on Seldes, Ayckbourn to get lifetime Tonys 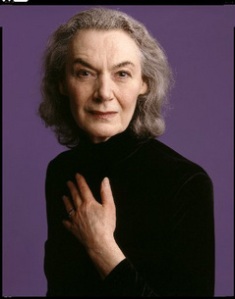 Ayckbourn has written close to 75 plays, including House and Garden (two plays performed in adjoining theaters at the same time), the trilogy The Norman Conquests and the searing Woman in Mind. Seldes has appeared on Broadway 25 times, has performed extensively in regional theater and earned a place in the Guinness Book of World Records for appearing in all 1,809 performances

of the Broadway production of Deathtrap. (That would do anybody in.)

I’m a big fan of both — Ayckbourn for his darkly comic look at the world of the middle class, and Seldes not only for her tireless career (at various times she played two of the three characters in Edward Albee’s remarkable Three Tall Women, for instance) but also because of her hilariously grande-dame manner. There’s not a more devoted adherent to all things theater.

Here’s the LA Times story about the honors.