Here’s a look at what’s opening in Central Florida this week — a production of The Hobbit, performed by In the Limelight at Lowndes Shakespeare Center, and Andrea Canny’s new cabaret show, My Favs!, at Winter Park Playhouse. 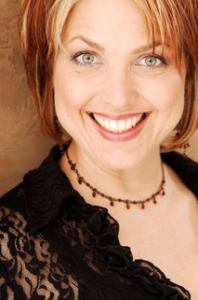 Local area talent Andrea Canny, with pianist Kyle Mattingly, will be showcasing her outstanding vocal style in her My Favs! cabaret as part of the popular Winter Park Playhouse Spotlight Cabaret Series July 9 at 7:30 pm and July 10 , at 7:30 and 9:30 pm. Tickets are $15 and include a drink from the bar.

Ms. Canny, also an accomplished visual artist, will have her unique photographic art on display in the theatre’s beautiful Tuscan-style lobby.

A Cincinnati native who trained with Karl Resnick at Cincinnati’s College Conservatory, Andrea has captivated audiences for the past 25 years onstage, in television and in the studio, throughout the U.S., Europe, and Asia. Ms. Canny’s career includes performances with stage and T.V. greats Jerry Orbach, Celine Dion, Lea Salonga and Betty White.

In addition to performing her cabarets and concerts nationwide, Ms. Canny is a casting director at Disney’s Hollywood Studios American Idol Experience, and she produces and directs many benefit performances to raise funds and awareness for community organizations.

Seating is limited to 50, so advance reservations are strongly recommended.

The Hobbit, In the Limelight, Lowndes Shakespeare Center:

Kim Selody’s enchanting adaptation of J. R. R. Tolkien’s The Hobbit. The Hobbit tells the story of Bilbo Baggins, a simple hobbit, whose life takes an exciting turn when he is summoned to voyage by the wizard Gandalf. Bilbo, reluctant at first, acknowledges his call to duty and joins a band of dwarves, under the leadership of Thorin Oakenshield, on a quest to reclaim stolen treasure from the feared dragon Smaug. Their grand adventure starts far off to the East, beyond the Misty Mountains, to dungeons deep and caverns old. Along the way Bilbo and crew encounter a series of obstacles involving goblins, spiders, trolls, elves, and the not-so-clever creature Gollum. Forced to think and act quickly, Bilbo outsmarts many of his opponents (including Smaug), displays his bravery, proves himself essential to the quest, and unites the citizens of Middle Earth as they prepare to battle greedy goblins.