Here’s more news on the upcoming Orlando Cabaret Festival at Mad Cow Theatre, with the schedule of the festival’s headliners now complete. They are:

Also on the schedule, a string of Songwriters’ Spotlight performers, including some local favorites:

The schedule for the Songwriters’ Spotlight shows, along with the rest of the festival, is at orlandocabaret.com.

Mad Cow Theatre announces the return of an exciting signature event for Downtown Orlando – The Ninth Annual Orlando Cabaret Festival, Orlando’s Home of the Great American Songbook. The Festival will feature cabaret artists and acts from Central Florida and beyond.

Mad Cow Theatre plays host to over 40 performances of jazz, pop, Broadway, comedy, and a few surprises will feature many of Central Florida’s favorite artists along with artists from the New York Cabaret scene.

This year we are presenting three headliners representing the next generation of brilliant cabaret singers, and we want you to share in the excitement!

Jesse Nager, Artistic Director of The Broadway Boys, returns to Orlando with Songs I Didn’t Get To Sing. A veteran of several Broadway shows and National Tours, Jesse will sing all the best songs from these iconic shows – that belonged to other characters. Orlando Cabaret favorite Andrea Canny will join him as a special guest for all three performances, April 29 – May 1. 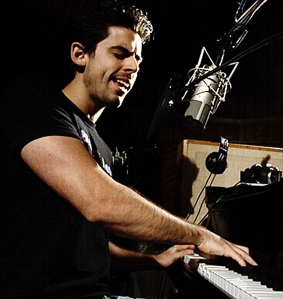 Singer, pianist and songwriter Tony DeSare has won critical and popular acclaim for his concert performances throughout the United States as well as in Australia, Japan and Hong Kong. His takes on classic standards and sophisticated original compositions have earned him a reputation as one of country’s hottest young cabaret artists of our time. Tony joins us for four performances, May 5 – 8. 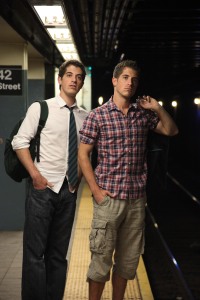 Will Nunziata and Anthony Nunziata (photo by Walter McBride/ RETNA)

Identical twins Will and Anthony Nunziata, dubbed “a dynamic duo with beautiful voices and charming personalities,” are the final headliners of the 9th Annual Orlando Cabaret Festival. This brothers have traveled the country with their acclaimed duo cabaret act. The Nunziatas’ charm and energetic stage presence combined with their tenor singing voices create a powerful and touching show for audiences of all ages. Will and Anthony will have four performances May 12 – 15.

Our It Was A Very Good Year series celebrates the Great American Songbooks of 1946, 1956 and 1966 in three separate shows. The festival also features the Songwriters’ Spotlight series matching some of Mad Cow’s favorite performers with the greatest songwriters of all time. Both of these series will take place in the intimate Stage Right, where all-table seating transforms this lovely space into “Club Moo.” There’s a different lineup every night, where each evening of the Festival you can take in as many as three different and spectacular acts – a Cabaret-lover’s dream.

Another feature of The Orlando Cabaret Festival is a series of weekday lunchtime performances designed for downtown workers and those looking for daytime entertainment.   These performances last 45 minutes and you are encouraged to bring your lunch or order a box lunch from the theatre.   Downtown workers can make it back to their offices within an hour. Groups – welcome – have a unique lunch with your friends and co-workers!

The Orlando Cabaret Festival runs from April 29 – May 15, 2011 at Mad Cow Theatre, 105 South Magnolia Avenue in Downtown Orlando. Tickets can be purchased through the Mad Cow Box Office at 407.297.8788 or on-line at orlandocabaret.com.

Tickets may be purchased by calling the Mad Cow Theatre Box Office at 407.297.8788 or online at http://www.orlandocabaret.com.

Group rates are available for parties of 10 or more.