Orlando actor Dennis Neal will star as legendary jazzman Louis Armstrong in the world-premiere production of Satchmo at the Waldorf, author and Wall Street Journal theater critic Terry Teachout’s play based on his biography Pops: A Life of Louis Armstrong.

Rus Blackwell will direct the play, which will have its first production at the Lowndes Shakespeare Center in Orlando Sept. 15-Oct. 2.

Neal, who has acted extensively around Central Florida (most recently as Scrooge in A Christmas Carol at the Garden Theatre and in Orlando Shakespeare Theater’s Shotgun), also will play Joe Glaser, Armstrong’s controversial manager, in the play about Armstrong’s final performance before his death.

Here’s information about the folks involved, who also include designer William Elliot:

In addition to being a drama critic and biographer, Teachout has also worked as a professional jazz bassist and written the libretti for two operas. He spent the past two winters as a scholar-in-residence at Rollins College’s Winter Park Institute, where he wrote the first draft of Satchmo at the Waldorf last year. The biography, Pops: A Life of Louis Armstrong, was praised by the New York Times as “eloquent and important” and chosen by the Washington Post as one of the ten best books of 2009. Satchmo at the Waldorf is his first play. Teachout was the first Armstrong biographer to have access to 650 reel-to-reel tapes made by the trumpeter during the last quarter-century of his life, many of which contain astonishingly candid recordings of his private after-hours conversations. These tapes served as the inspiration for much of the dialogue in Satchmo at the Waldorf, in which the offstage Louis Armstrong — raw, frank, and uncensored — is revealed for the first time. 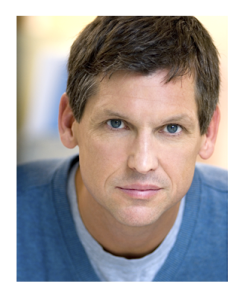 Rus Blackwell, one of the most sought after actor/directors in the Southeast, brings a wealth of experience and a passion for storytelling to Satchmo. Blackwell is a graduate of New York’s Circle in the Square Theatre School, where he had the opportunity to study with well-known directors Michael Kahn and Nikos Psachoropolous. Most recently, he directed Sweet Bird of Youth and A Streetcar Named Desire for the Tennessee Williams Tribute in William’s birthplace of Columbus, MS. He is a founding member, as well as one of the original producing artistic directors, for both Mad Cow Theatre Company and SoulFire Theatre here in Orlando and has an extensive resume as an actor in theater, film and television. Some of his credits include last year’s Shotgun for Orlando Shakespeare and feature films  Monster, The Curious Case of Benjamin Button, Dolphin Tale, and Battle: Los Angeles. He will be appearing on the Starz series Magic City and in this year’s God of Carnage here at the Orlando Shakespeare Theater.

Dennis Neal, one of Orlando’s most respected actors with twenty-five years experience, is a founding member of Mad Cow Theatre and has performed in such notable productions as The Last Days of Judas Iscariot, Jesus Hopped the ‘A Train,’ Seven Guitars, Two Trains Running, The Piano Lesson, and Shotgun. Theatergoers will recognize him from these and many other productions at Mad Cow Theatre, Empty Spaces, Peoples’ Theatre, and Orlando Shakespeare Theater as well as from film and TV in Dead Man Walking, Wild Things, Endure, Letters to God, Sunshine State, ABC’s The Practice, and NBC’s The West Wing. He has performed in works by August Wilson, Athol Fugard, David Mamet, and Stephen Adley Guirgis and brings his own unique style and brilliance to Satchmo at the Waldorf.

The set and lighting designer William Elliot has long been a favorite for his artistic interpretation of a playwright’s vision. He was a professor at the University of Central Florida and is currently professor at Stetson University teaching production and acting as the production manager and technical director for the university. Some of his notable designs include All My Sons, Romeo and Juliet, Cinderella, and The Importance of Being Earnest.