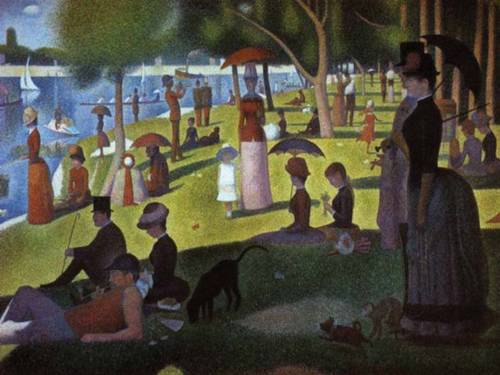 'A Sunday Afternoon on the Island of La Grande Jatte,' by Georges Seurat

Mad Cow Theatre is just hinting at what will make up its 15th season, which will start out in the two current theater spaces on Magnolia Avenue and move, in January 2012, to 54 W. Church St.

But they’ve opened up about one thing, and it’s a biggie: The musical opening the new theater spaces, from Jan. 27 to Feb. 19, 2012, is Stephen Sondheim and James Lapine’s Sunday in the Park With George.

It’s a stunner, and as far as I can remember it’s never been staged in Central Florida. So put it on your calendar now.

Other than that, at this point season subscribers may know the dates of the coming season, and some broad (very broad) descriptions of what they’ll see. Here it is: